You have yet to put a dream choice in your basket.
Shop

Were you surprised by the rota of World Cup qualifying teams that reached the semi-finals?

At Skolorr, we are always backing up what may be perceived as the dark horses. We believe that their talents, hard work, and most importantly sheer determination to push the boundaries will pay off.

Within the world of football, lifting the major trophy is the cherry on the cake for any player, and many have dreamt about it for years. To be honest, for us getting an exclusive timepiece to its owner feels like an exciting victory itself, every single time.

As football has captured the interest of nations worldwide, in this week’s topic, we kick into note-worthy watch spotting on the football players. Let us start with the legendary and enigmatic Frenchman, who back in his days was the Premier League’s most controversial player ever. Yes that is none other than Mr Eric Cantona. Following his retirement from a successful profession as former international footballer, he took up a career path in cinema, and have also dipped his fingers in watchmaking!!

Not many football fans might know that Monsieur Cantona has literally put his ‘thumbprint’ on the design of the Hautlence Vortex Primary Watch. The limited edition with his added personal touch is exclusive to 18 pieces only.

For the unlucky ones who didn’t get their hands on it, a new chronograph Invictus Morphos has been issued in a new series of 250 pieces in true colours from Marseille, Cantona’s home town.

From the emerging crowd of young and successful footballers in the making, Carlos Casemiro has recently announced his collaboration with the Swiss brand – Audemars Piquet. He has joined the ranks of another football legend, an Argentinian all-time leading goal scorer LionelMessi, who became the ambassador for this luxury watch 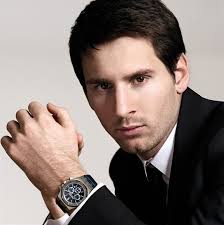 brand back in 2010.
His most recognisable watch is his own limited edition piece called ‘AP Royal Oak Leo Messi Chronograph’, which is available in 100 pieces worldwide. With the new blood coming into the mix, we can’t wait what the future holds for AP collections.

And last, but not least, we can’t forget to mention one of the best current football players in the world, Cristiano Ronaldo. His successful career started back in 2001, and he has been on a rise ever since.

Aside from his football career Ronaldo is also known to be a big admirer of timepieces, and he has quite a selection in his extensive watch collection. His most expensive timepiece Jacob and Co. H24 costs a whopping USD 130,000.

Did you spot any independent watches by the renowned footballers that we have missed? Share with us via hello@skolorr.com.

Made In Britain Collective and the Story behind Schofield

Be the First to Know